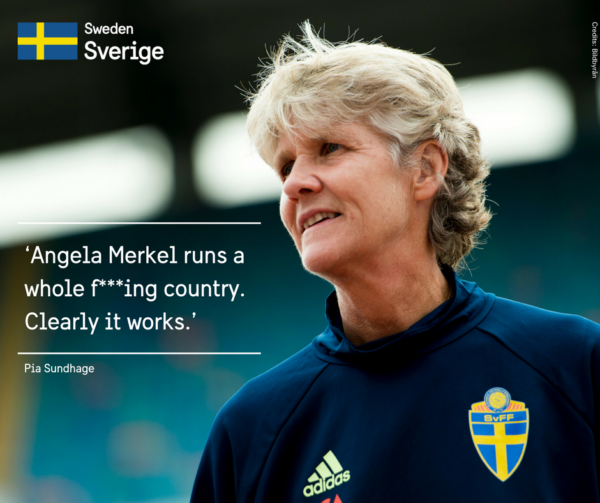 Pia Sundhage is a Swedish former professional football player, with 146 caps and scoring 71 goals for Sweden. Pia Sundhage was the head coach of the United States women’s national team from 2008 to 2012. During that period her team won two Olympic gold medals. She became head coach of the Sweden women’s national football team in 2012, a team she coached to an Olympic final in 2016.

Sweden.se is an official source for facts about Sweden.

Stories from Sweden – Aiming for the stars – Trailer

Four of Sweden’s most innovative choreographers travel to Ingmar Bergman’s home on Fårö to explore and get inspired. The result…