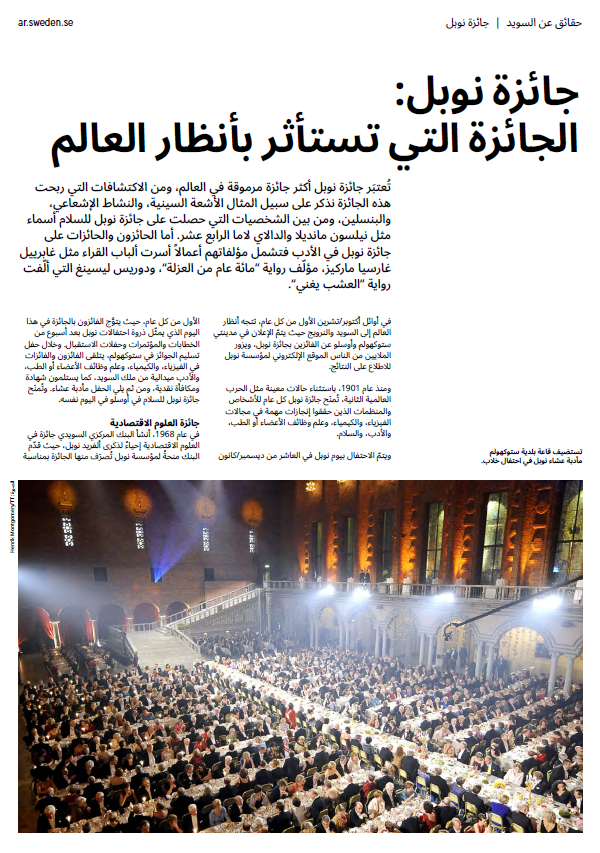 This item is also available in: English
Fact sheets

Every year in early October, the world turns its gaze towards Sweden and Norway as the Nobel Laureates are announced in Stockholm and Oslo. The Nobel Prize, which has been awarded for discoveries such as radioactivity and penicillin, is arguably the world’s most prestigious award.

This item is also available in: English

Sweden has a history of stretching the boundaries and coming up with groundbreaking ideas. From life-saving seatbelts to revolutionary Bluetooth…

The Swedish Royal Family is one of the oldest royal families in the world, yet regarded as the world’s most…

Armed only with his bravery and moral courage, Raoul Wallenberg saved tens of thousands of Jews from the Holocaust. It’s…

A century ago, Sweden was among the poorest nations in Europe. It’s a small country, home to just 0.13 per…