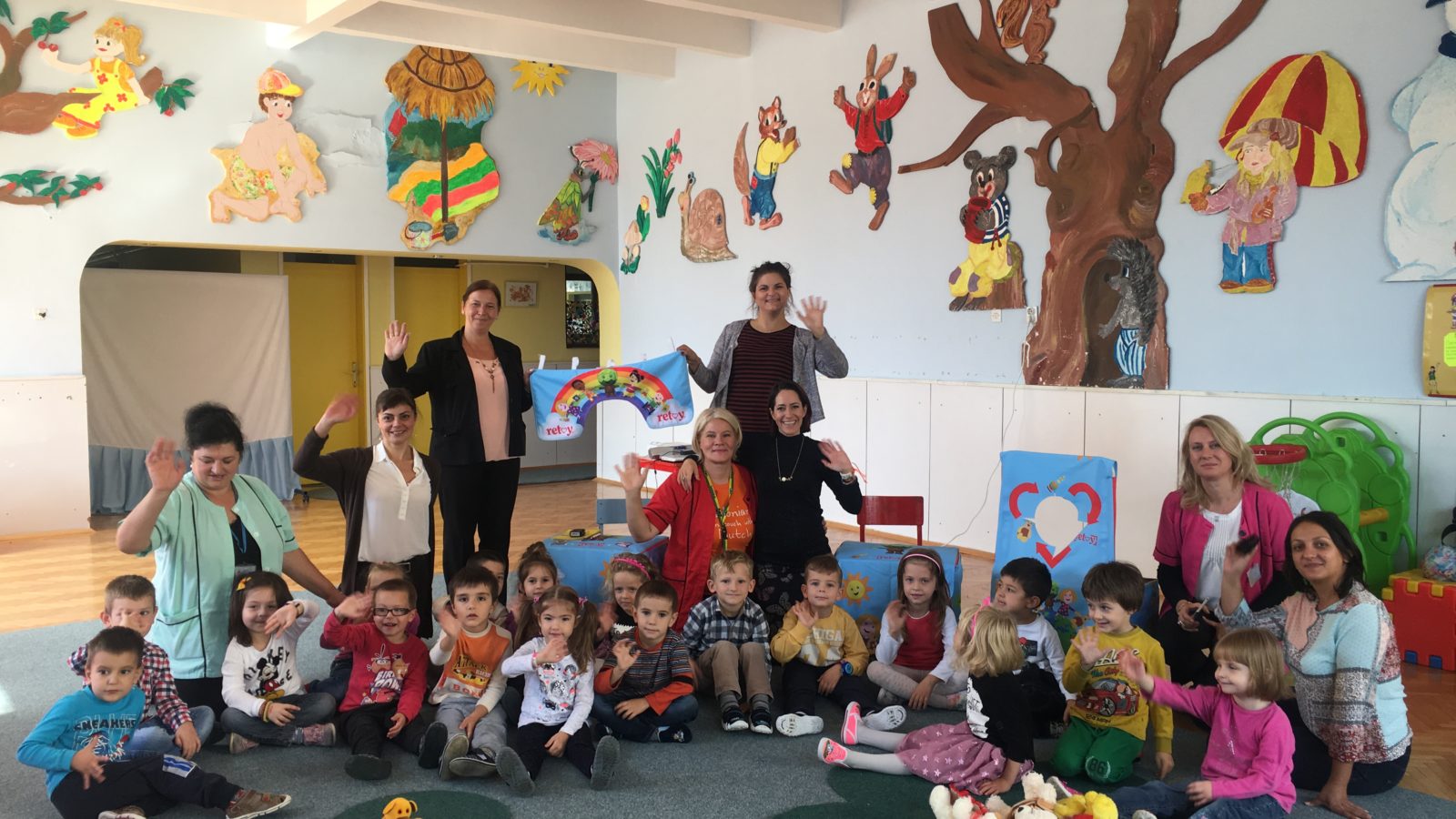 In February 2017 a pilot event for Retoy was hosted by the Embassy of Sweden in Skopje, Macedonia.

The project was a cooperation between the SI, the Embassy and local partners OXO and Save the Children.

Many connecting activities were arranged as part of the event:

The project attracted a lot of media attention with Retoy founder Soledad Piñero Misa being interviewed for two TV morning show, and attracted 40 participants to the seminar and around 70 children who took part in the toy swap activities. The very first 7 Day Challenge took place in Nairobi, Kenya as a part of the project Smart Living Challenge…

Portraits of Migration at the Museum of Occupations in Tallinn

The exhibition AccessAbility about human rights and disabilities has been shown in many countries since its launch in 2014. Local stories…
Learn more about how you can host a Retoy event
Learn more about the Retoy initiative