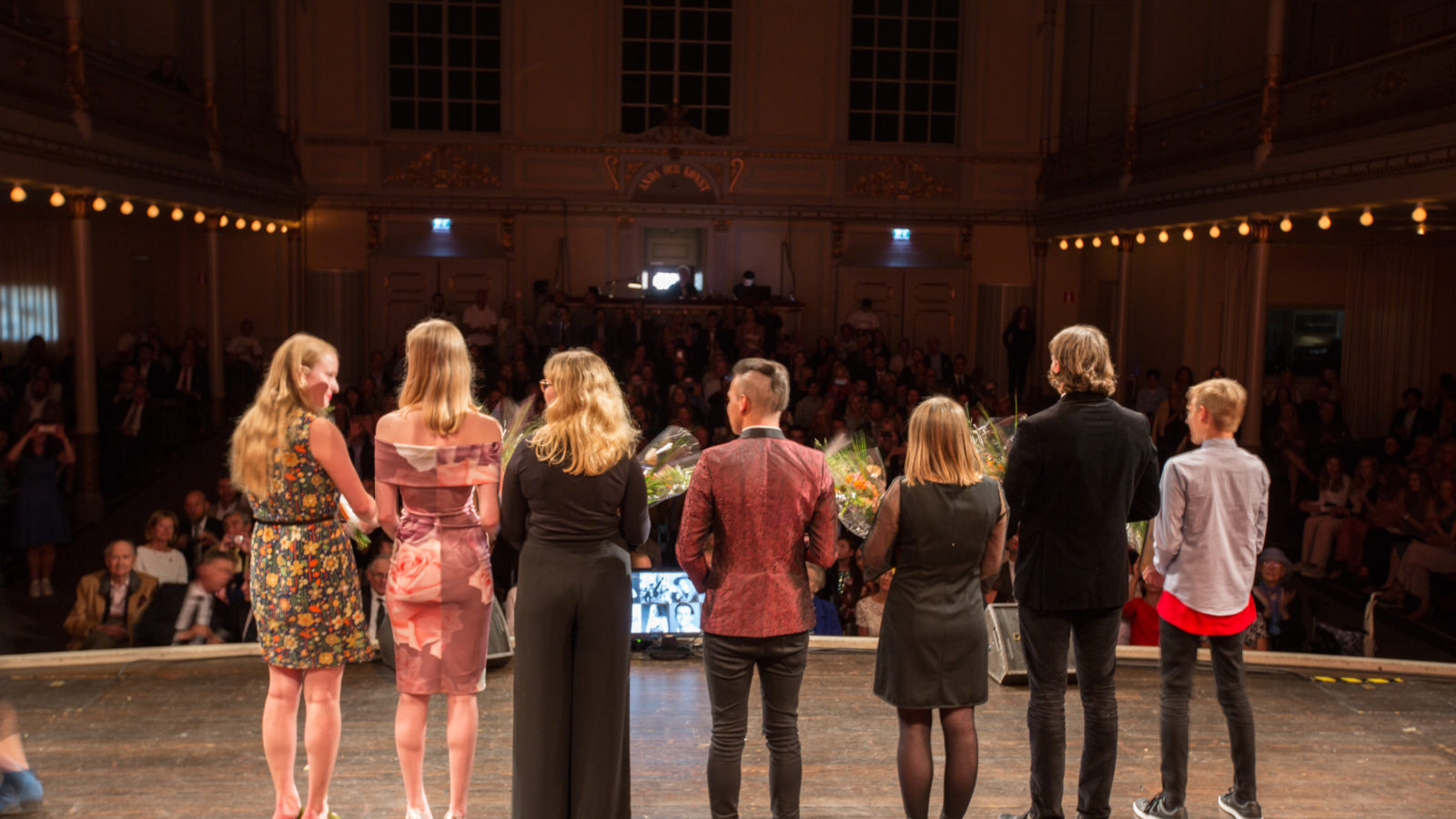 ‘Moral courage: that kind of courage which enables a person to encounter odium, disapproval, or contempt, rather than depart from what he deems the right course.’ (Oxford English Dictionary)

Looking for a way to broaden and develop your work on human rights? Why not by engaging young people in a social media campaign on moral courage?

We are proud to present the Young Courage Award, a non-political recognition with the aim to highlight actions of moral courage. Originally introduced in 2015 by the Raoul Wallenberg Academy, the Young Courage Award is given to young people, who with small resources have made a great human difference and shown evidence of moral courage and commitment. The award is designed to commemorate the altruistic deeds carried out by Raoul Wallenberg in the final years of WWII.

The material included in this Young Courage Award toolkit enables Swedish embassies and consulates to launch their own local nominations campaign and to organize physical and/or digital events, highlighting the importance of human rights and moral courage.

The Young Courage Award is part of SI’s specially adapted toolkits focusing on human rights and democracy, e.g. the Cube Project, Electionville, and To me there’s no other choice, our much used exhibition material about Raoul Wallenberg.

Nominations for the Young Courage Award are made digitally through a campaign on social media. For this, SI has compiled several easy-to-use communication components, such as social media posts in words and images, as well as film material, which Swedish embassies freely has at its disposal. For practical reasons it is recommended that local nomination campaigns focus on a slightly older age-group, e.g. 17-25 year-olds.

The international nominations campaign opens once per year on January 27 and coincides with the Holocaust Remembrance Day. This is also to make visible the award’s affiliation with Raoul Wallenberg’s deeds. The call is open just over 6 weeks (up to and including March 15).

The nominations are then collected and preliminary assessed by the foreign mission, who forwards a list of maximum 30 nominees to the Raoul Wallenberg Academy jury in Stockholm.

Potential recipients (a maximum of two per country) are presented by the end of May, followed by the official ceremony in Stockholm on the occasion of the Raoul Wallenberg Remembrance Day, 27 August. Apart from official diplomas, the recipients will also be invited for a ‘travel in Raoul’s footsteps.’

Initiatives that include the exhibition in combination with lectures and/or workshop will be prioritised.

The application must be sent in at least two months before the event. Resources are limited and financial support may not be available at the end of the year. Limits may apply.

By filling out the application form you agree to respect the copyright agreement for the images.

Individuals or organisations who would like to show the exhibit should contact the Swedish embassy or consulate in your area.